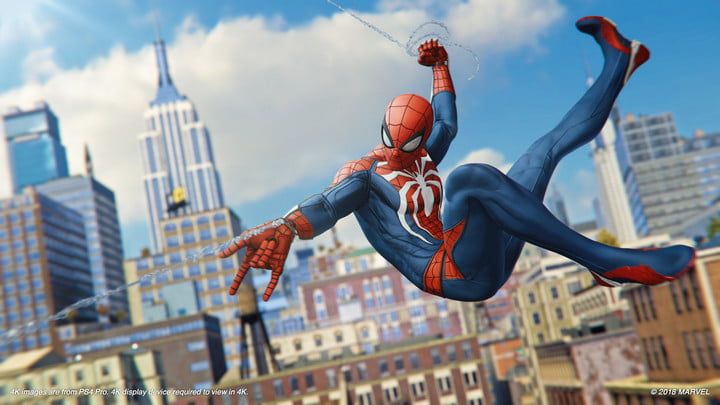 A game that doesn’t forget its roots, you don’t need to have played the previous games to get your hands dirty with the God of War. A mixture of all that was great from other action adventure games, you truly do feel like a god.

Welcome to Grand Theft Rodeo, the most beautiful thing Rockstar Games has made to date. Unlike many other open world games, *cough* Skyrim *cough*, your actions truly have a ripple effect on the world around you. Sparing a NPC, for example, means you’ll encounter him/her again at a later point in the game, while injuring a NPC (shooting the leg or eye but not killing them) means they’ll have crutches or a bandage over the eye you shot the next time you see them. While not as fast-paced like the GTA series, Red Dead Redemption 2 sees Rockstar Games take world-building and immersiveness to the next level.

An indie title from the creators of Towerfall, this game will take your breath away. A super-tight and handcrafted platformer, this game has a lot or hard work put into it – and it shows. If you ever needed a reason to get your normie friends to pay attention to indie games, this is it.

Spider-man games have been hit or miss. They’re either mind-blowingly good, or suffer from issues like bad gameplay/controls or boring storyline. However, Spider-Man (2018) takes a bit of everything significant that has happened to Spider-Man in past comics, games, movies, and shows to make any fan go wild. An insane amount of work went into fine-tuning the web-slinging mechanics, and it really shows. We spent hours just aimlessly swinging around the streets of New York instead of actually playing the game. This game is so good that it’s worth buying a PS4 just to player it – if you don’t already.

74 playable characters, 103 stages and a ton of fun, Super Smash Bros. Ultimate is keeping the franchise alive. This is one battlefield that hasn’t stopped seeing characters smashing each other for nearly 20 years, and we expect the franchise to continue entertaining us for a long time.

Florence is a mobile game for Android and iOS that comes from the same designer as Monument Valley. An interactive novel filled with minigames, you follow Florence Yeoh as she goes through life to find herself and pursue her dreams. Florence won “Best Mobile Game” at The Game Awards 2018, so it’s worth at least a glance if anything.